An Alternate Fringe Finish for a Doubleweave Project 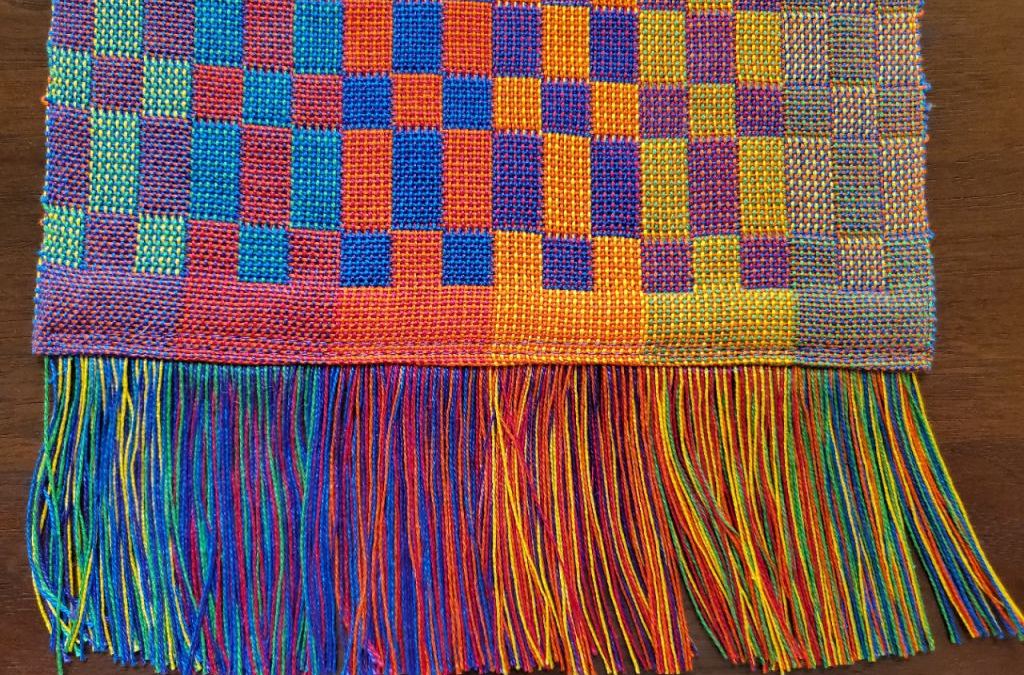 I recently attended Jennifer Moore’s Double Rainbow Workshop at the Handweavers Guild of America Convergence 2022 Conference in Knoxville, Tennessee.  First off it was amazing.  I gained a better understanding of the possibilities of color blending in a doubleweave project and picked up great tips about winding a warp with multiple weft threads and threading the heddles in a different way.  Naturally being an over-achiever I wound a very long warp.  So after completing samplers I came up with two projects.  A short runner and a long runner.

For my short runner I finished the edge with a simple knotted fringe. 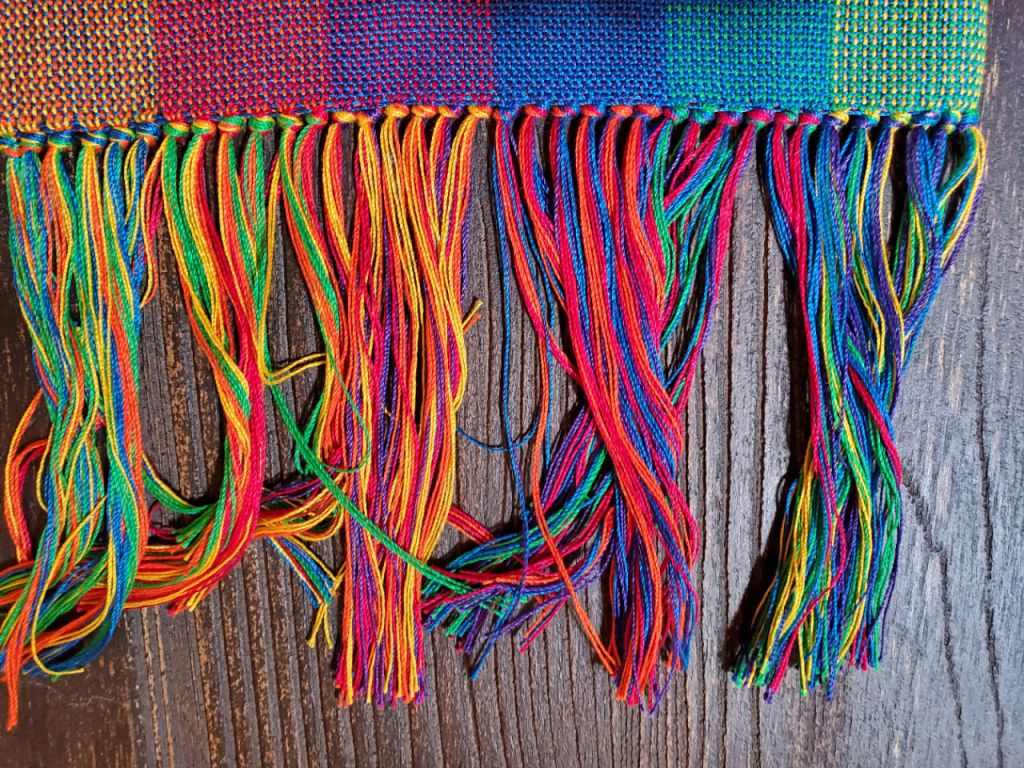 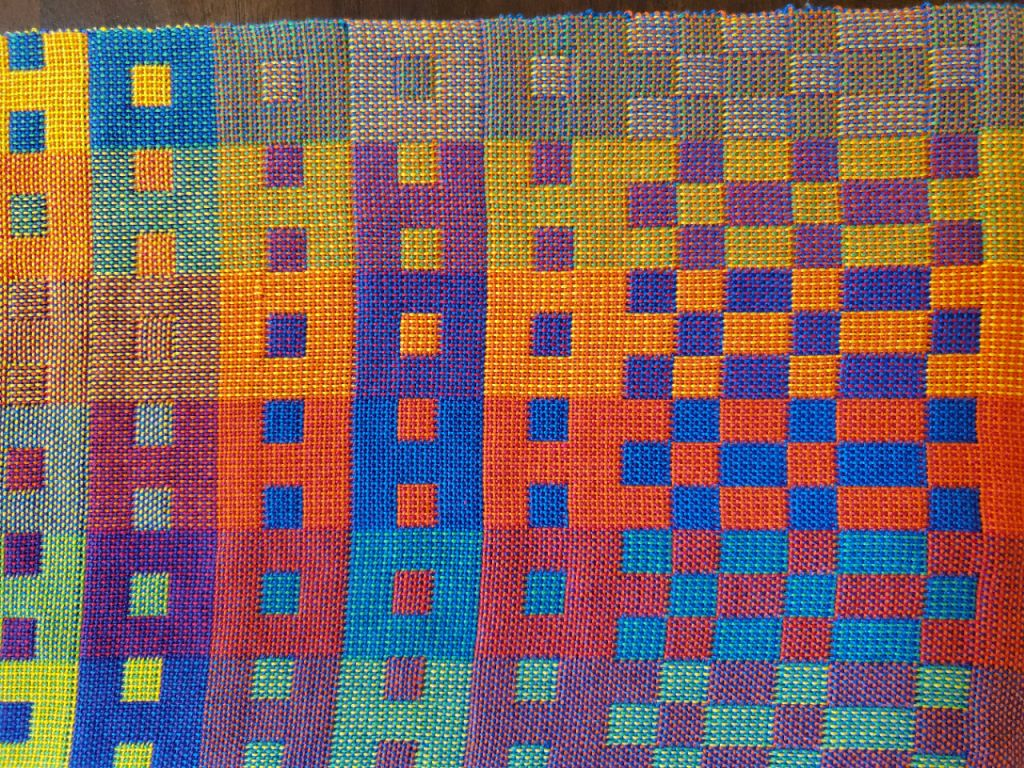 My long runner project had ends with variable size checkboard patterns. The middle was a long section of block inside of block patterns that alternated between upper layer flipping with the lower layer.  I thought I would turn in the ends of the doubleweave and stitch it closed.  This would make a nice flat finish to the edge.  However, my wife had a different idea.

“I think it would really look nice with a fringe.”  Hmmm.  What to do now?  I had not planned on fringe at the start of the runner.  So a knotted fringe was out.  And I still wanted it to have a very clean flat look. 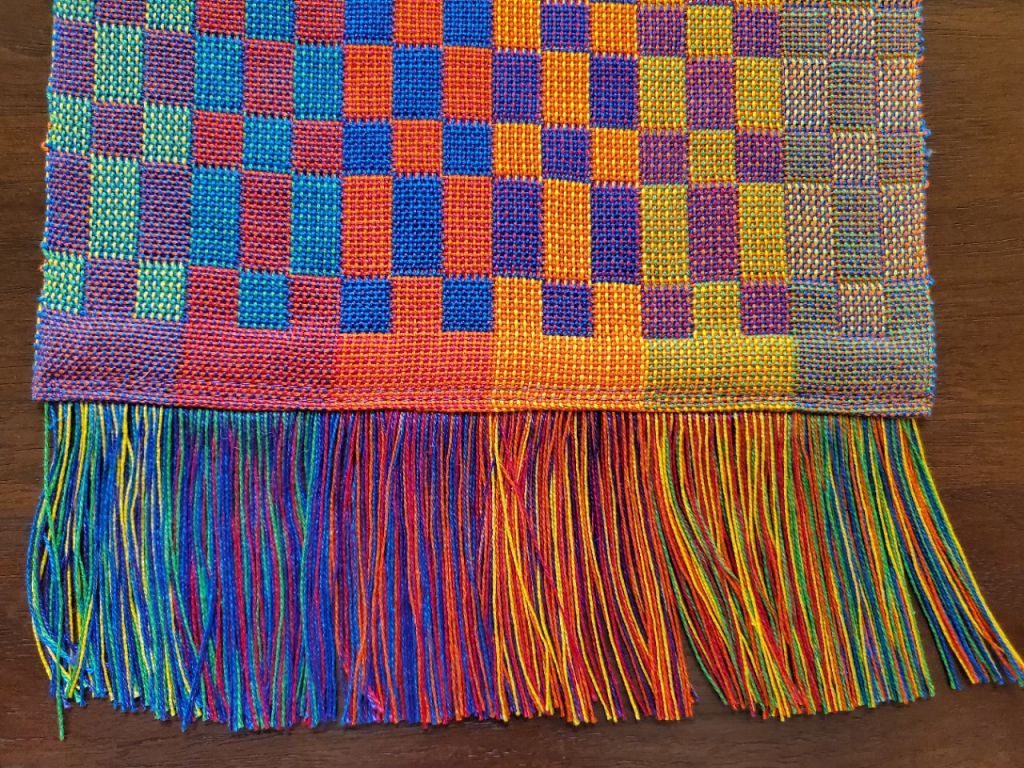 I had already planned for the runner to have 1.5 inch sections of doubleweave.  I would turn those inside and stitch closed for a 0.75 inch edge.  First I turned the edges in and pinned across each layer.  Then I checked the bound edge of the fringe for size, trimming it slightly shorter.  As I inserted the fringe I removed the pins on the layers and re-pinned in manner to make it easy to machine stitch.  Slight fiddling with the fringe kept the color sections in line.  Finally two rows of machine stitching to finish it off.