Johanna Norry, Textiles Lecturer at UNG, chose UNG senior Rebecca Braswell to receive the Betty and Clay Smith Award for several reasons: her immediate desire, even as a new weaver, to make weaving a central focus of her artistic endeavors as well as her interest in deepening her for knowledge about weaving, both historically and present day. Most importantly, Professor Norry pointed out that Rebecca is a generous and gracious member of the community of weavers in the classroom. She always offers to help other students fix mistakes, get their looms warped, and shares in their successes in the classroom. Rebecca plans to start a business based on her weaving skills. She is a terrific addition to the weaving and textile arts community, and now that she lives in Sandy Springs, she is looking forward to joining the Chattahoochee Handweavers Guild and participating in meetings and workshops. 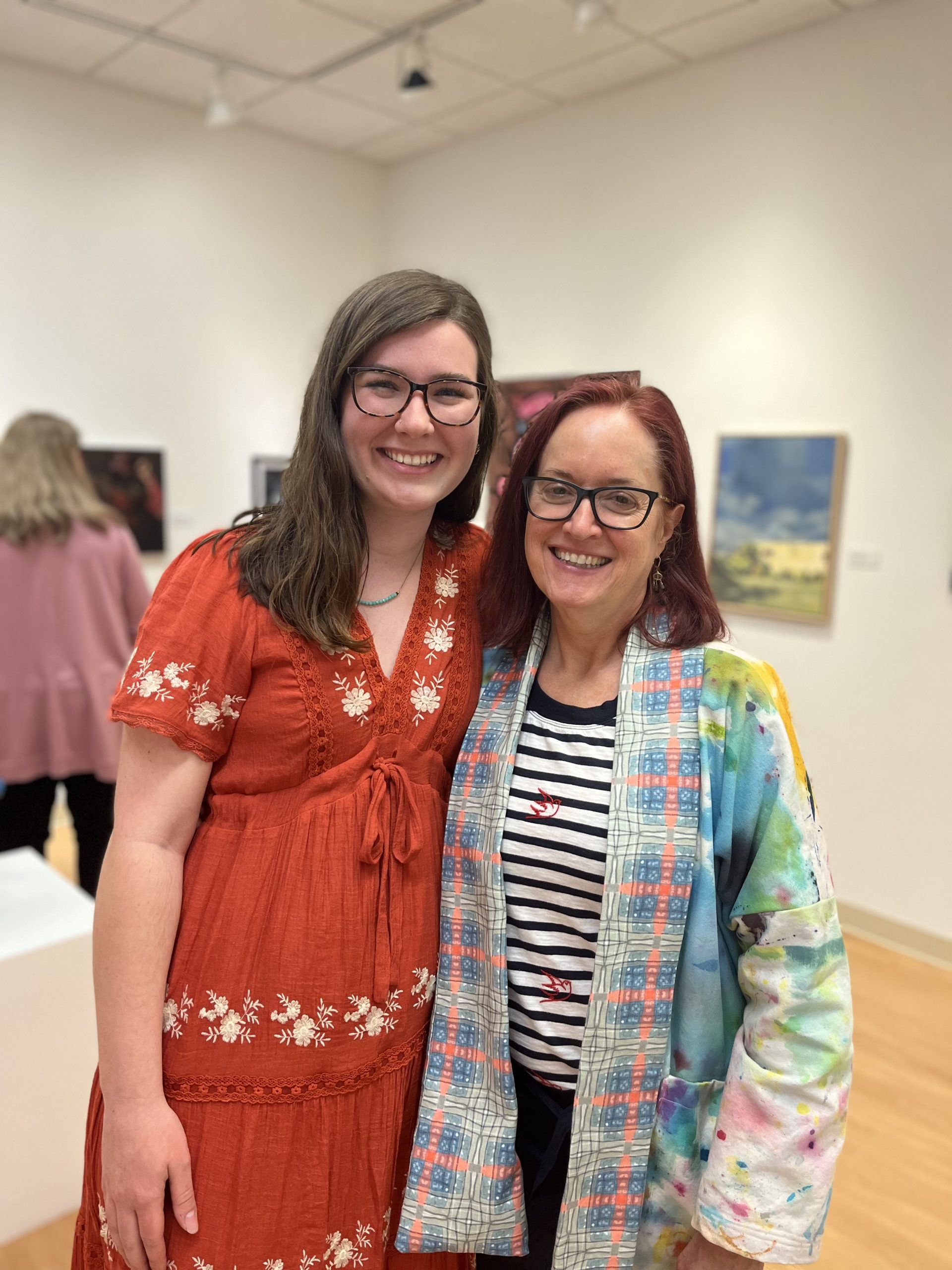 In 2020, a proposal was made to the Chattahoochee Handweavers Guild Board to honor a couple who had contributed greatly to our Educational Mission. It was decided that a Fiber Arts student should receive a monetary award that could be used to further their personal work.  A five hundred dollar annual award was established in memory of Claiborne and in honor of Betty Smith as part of our annual budget.  Award recipients were to be enrolled in an accredited fiber arts program.  The awards committee contacted institutions in Georgia to review their criteria for student awards and it was decided that we would make the award through the University of North Georgia’s Textile Department.  Each year the committee works with the head of the Textile Arts program for the selection of a student committed to a career in the Fiber Arts. 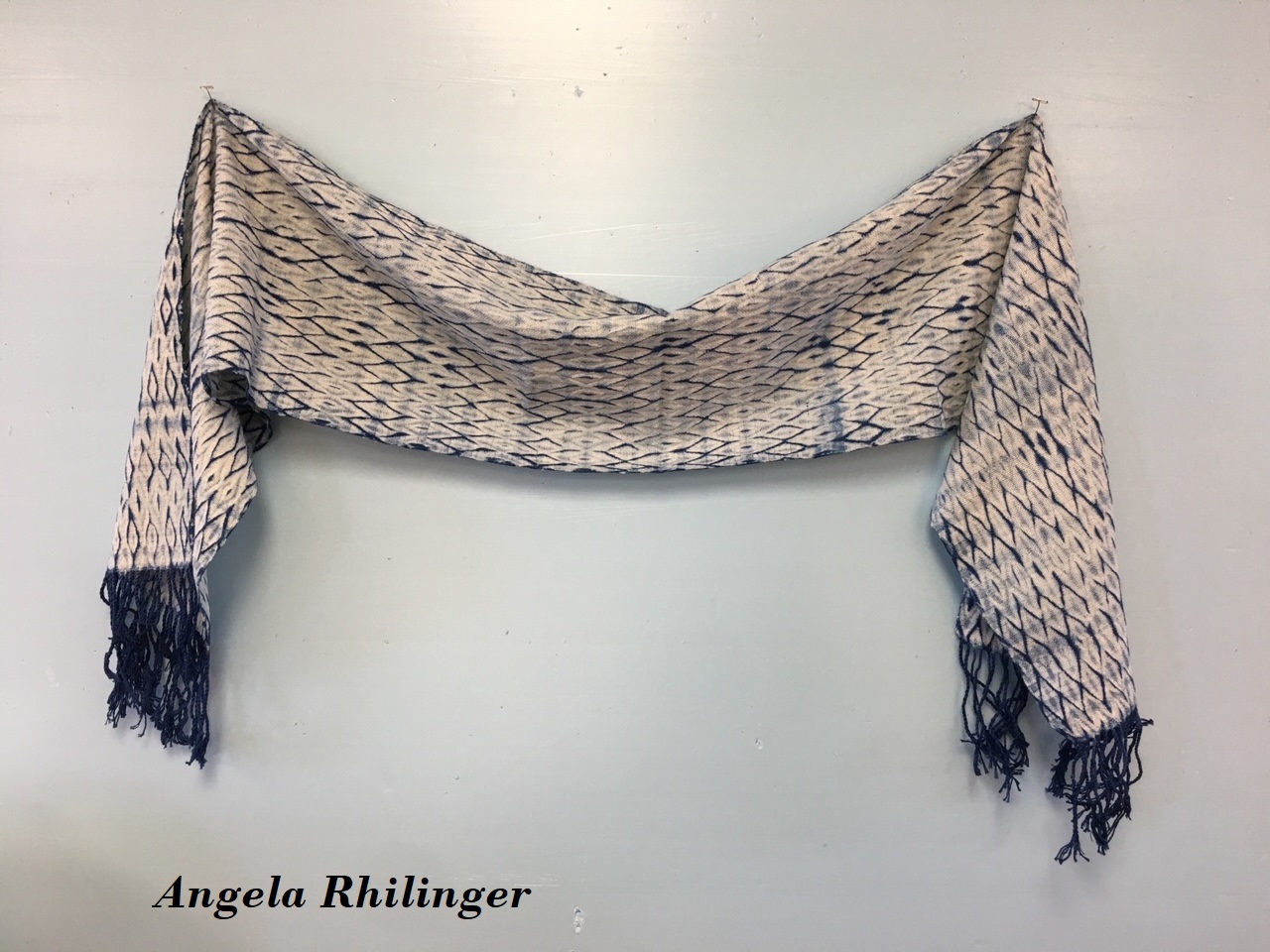 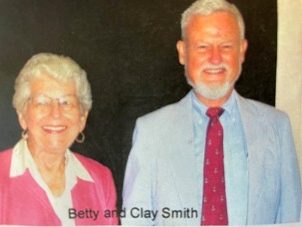 Betty and Clay joined the Chattahoochee Handweavers Guild in 1979 after moving to Atlanta from Puerto Rico in 1978.  Already a weaver, Betty increased her knowledge by classes at the John C. Campbell Folk School and through her work at the Tully Smith House of the Atlanta Historical Society.  Betty and Clay maintained a studio in their Marietta home where she taught private lessons, sold looms, books, yarn and other weaving supplies.  Clay began repairing wheels and looms.  From the start she strongly encouraged her students to join the Guild since it would provide a great support group as they progressed in their skills.

Betty joined the board in 1982.  At that time the guild was still meeting in a variety of places and she headed a search committee to find a permanent home.  Ultimately DeKalb County provided us space in our current location.  Clay helped work with the county to prepare the rooms for the Guild’s use.  Clay was always there at every meeting. He not only repaired the Guild’s looms, he was ready to lend a hand to any member who needed help with their looms or spinning wheels.  As a woodworker and with blacksmith experience, many times Clay was able to craft parts for old looms.  Clay was also a founding member of the Blacksmithing Guild at Tully Smith.  Betty taught classes at the Guild and the John C. Campbell Folk school.  She also formed the Education Committee and served on the Standards and Ratings Committee.  Betty had many objectives for the Guild. She encouraged member involvement in committees to keep them supportive of guild activities and with Clay were instrumental in the huge success of the 1998 Convergence in Atlanta.

When the Handweavers Guild of America’s (HGA) began their biennial conferences, they recruited member guilds around the country to be the sponsors and basically run the conference.  This was no small feat.  CHG was one of the last guilds to independently host Convergence in 1998. Soon after HGA assumed full responsibility at the national level for these conferences.  Betty and Clay were key Guild members for Convergence ’98.  Betty was in charge of all the volunteers for the conference and Clay carved dogwood blossoms used as gifts and decorations at the event.  From 1991 through 1999 Betty served as the Georgia state representative to HGA.

It is really hard to document in a short space all of the great things that Betty and Clay Smith did in support of the Chattahoochee Handweavers Guild.  The Smith retired to Jekyll Island in 2000, where Betty set up a weaving program there where she teaches with her daughter.