Please note: In order to join the meeting you will need a link that will be provided in the next Fiber Focus newsletter. In order to prevent “zoom-bombing” we are not publishing the link to the meeting here.  If you are not currently a member of CHG, but would like to attend the meeting, please send a message to our Membership Chair membership@chgweavers.org , tell us a little bit about yourself and we will forward you a link to the program.Thanks

TempoWeave is advanced weaving design software for Windows that is currently in Beta Test.  Join us as  Barry from Loftyfiber.com tells us about this new product from their company. 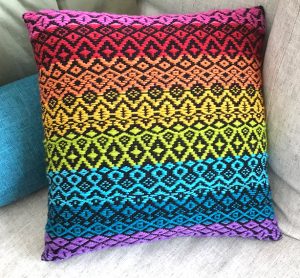 Myra Wood: Will be speaking to us on the topic of Overshot on the rigid heddle loom. 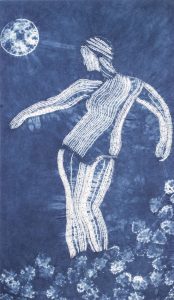 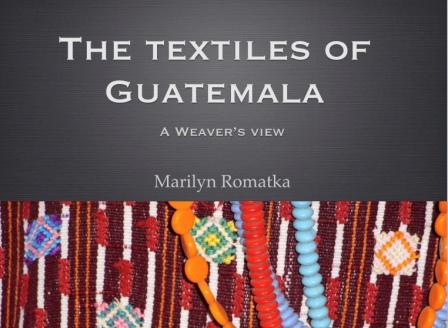 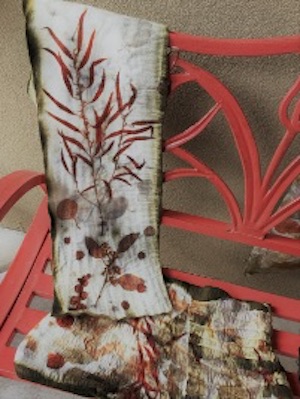 “The early part of my arts life was spent as a dancer, first in musical theater and then in modern dance.   In my twenties I thought I’d never do anything else. But then time went by along with the wear and tear of training and performing, so I began my visual arts career.”

After 16 years as a dancer, David Heustess took us on a journey through his life as an artist in multiple mediums.  Studying at the Appalachian Center for Craft he earned his BFA with concentrations in Clay and Fiber.  His eclectic journey in exploring drawing, painting, Shibori, bead weaving and Tapestry provided the Guild with an engaging 90 minute program.  Learn more about David by viewing his website:  http://davidheustess.com/

The Textiles of Guatemala

‘Enter the land of the wonders that come off the back-strap loom. Guatemala is a country long recognized by the weaving world as one of the must-see places for its intricate skill, its astounding variety, as well as its riotous colors. This lecture slide show will give you a taste of the beautiful work that is still made and worn throughout the highlands of Guatemala, including cultural context.’

Dawn Edwards is a felt artist and tutor based in Plainwell, Michigan USA. She sells her work under the label ‘Felt So Right’ and teaches extensively within the USA and internationally, including Australia, Ireland, Chile, and this year at London Hat Week. Her felt art has appeared in numerous exhibitions, shows, magazines and books, including Ellen Bakker’s book, Worldwide Colours of Felt, several issues of the Australian ‘FELT’ Magazine, the International Feltmakers Association Felt Matters journal, the HGA journal Shuttle, Spindle & Dyepot, the Russian magazine ‘Felt Fashion’, and recently her ‘Blue Coral’ felt hat was chosen to appear in the Fiber Art Now: Felt: Fiber Transformed.

Dawn is the co-coordinator of the not-for-profit group, ‘Felt United’, which is celebrated annually on the first Saturday in October, and which currently has over 7,500 members, with the goal of uniting feltmakers from all around the world.

Think back on all of the fantastic weaving you’ve done in 2021 and decide what you’d like to share with us during extended Show and Tell for our November program. If you’d like to take pictures and submit them in advance, please send them to programs@chgweavers.org

Please plan to speak to the weaving structure, yarn and inspiration for the piece. 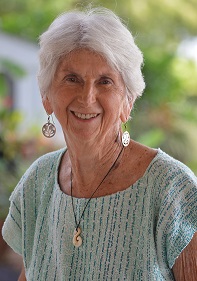 Did you know that hemp is the strongest, most durable and long lasting natural soft fiber on the planet? Join us October 16 at 11a for a program, presented by Joan Ruan, to learn more about hemp fiber! Joan has been spinning for over 30 years and teaches spinning, weaving and dying. Checkout her website to learn more: https://cottonspinning.com/about.html 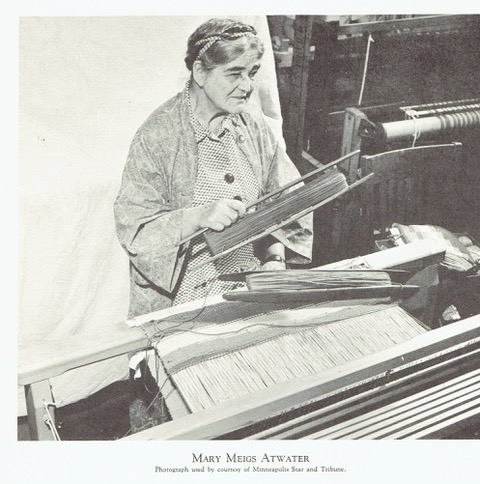 Guild Meetings are being held via Zoom during the Coronovirus Pandemic

Widely regarded as the unofficial dean of American handweaving, Mary Meigs Atwater, 1878-1956, did not start weaving until she was 40. Even then, she was not driven by a passion for making cloth. Her interests were more pragmatic. Inspired by handweaving industries in Berea, KY, and others in the South, she saw weaving as a way to help the women of her remote Montana mining community become more productive, as an occupational therapy tool for injured soldiers returning from World War I and as a means of supporting her family after the death of her husband. Beyond weaving, she was an artist, designer, world traveler, adventurer, writer, patriot, political activist, wife, mother and avid fisherman. Karen has long been a fan of Mary’s courage, adventurous spirit, keen observations and contributions to modern American handweaving. She will share some of her favorite stories and quotes from Mary’s autobiography and books.