Thank you to everyone who have participated in our 2020-2021 Virtual Workshops.

At this time, we are still organizing Zoom based virtual workshops for the 2021-2022 program year.  We will resume in-person workshops when possible.  If you have suggestions for workshop topics and presenters please contact workshops@chgweavers.org.

One benefit of membership in the Chattahoochee Handweavers Guild is discounts and early notification on workshop and class registrations. To receive a discount YOU MUST LOG IN TO THE MEMBERS ONLY SECTION OF THE WEB SITE AND PURCHASE THE CLASS OR WORKSHOP FROM THE MEMBERS ONLY STORE, NO EXCEPTIONS.

To become a member, purchase a membership here. We will contact you with a login and information about our Members Only section of the web site as soon as possible. Although we respond as quickly as we can, classes and workshops can sell out quickly. MAKE SURE TO PURCHASE OR UPDATE YOUR MEMBERSHIP BEFORE YOU PLAN TO REGISTER FOR CLASSES OR WORKSHOPS. Having a valid membership and login is the best way to get early access to registration and, when logged in as a member, a membership discount.

Early southern coverlets were woven with fine cotton and wool for the cooler months. However, southern counterpanes were woven with fine cotton only for the warmer months. Gay has found several collections of 19th century drafts for overshot/float work patterns and for the various counterpane weave structures. The drafts supply only basic information since it was assumed the weaver knew the standard threading treadling systems. There is a rich heritage of southern coverlets and counterpanes waiting to be explored.

This workshop will include learning how to decipher the early drafts. Next, the participants will prepare drawdowns of the drafts using Fiberworks PCW (downloads are free, but printing & saving are not available without purchasing it). Each participant will warp their looms before the start of the workshop, so they have time to learn the treadling sequence and practice their weaving.

Space is limited to 12 participants.

Gay McGeary has been researching and weaving coverlets for over twenty-five years. Nineteenth century coverlet patterns, weave structures and fringe techniques fascinate her. While the inspiration for her designs originates with early coverlet weaving, she finds that her weaving software is an invaluable design tool. It allows her to visualize a graphical representation of pattern, weave structure and color for her proposed work. She incorporates color, texture and pattern within her finely woven coverlets; combining art with function.

Gay has presented workshops and presentations of her research and weaving for local and state guilds, Complex Weavers Seminar 2012 and Mid-Atlantic Fiber Association Seminar 2015. She contributes articles about her weaving to Complex Weavers Journal, Shuttle, Shuttle & Dyepot and the Early American Coverlet Study Group. For More information about Gay’s work see her website at http://www.coverletweaver.com/.

If the workshop is sold out, please complete this form to be added to our Workshop Waitlist 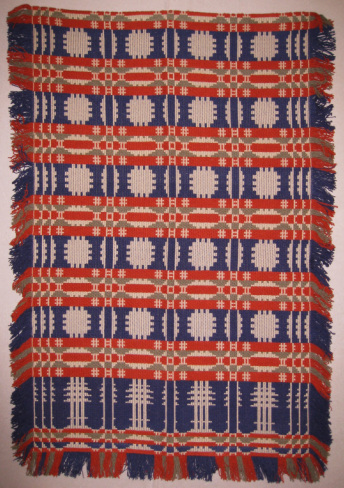 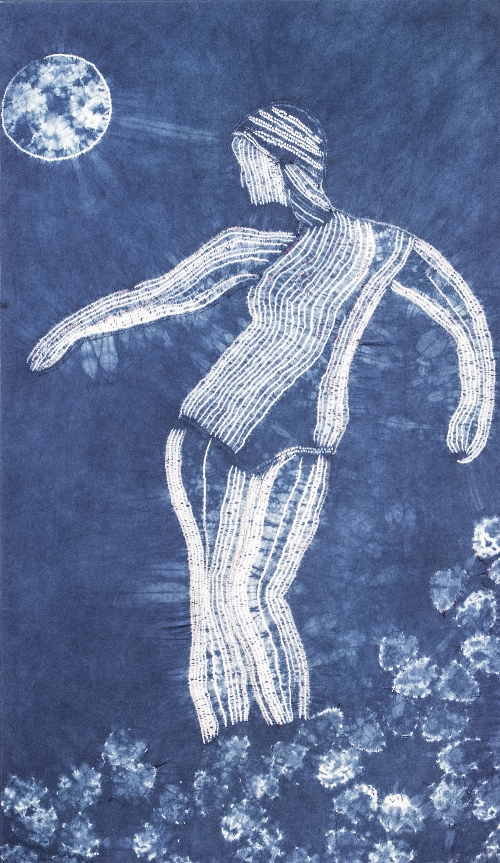 Secrets of Shibori – Stitches and Knots

Explore the world of shibori by creating designs and patterns using the stitches and knots of this ancient technique. Participants in this workshop will create a sampler of the various stitches and knots plus variations along with designing a pattern on a scarf. An indigo vat will be available for dyeing the samplers and scarves and information on using and caring for an indigo vat will be provided.

David Heustess is a craft based artist in Nashville, TN. David received his training in clay and fiber arts from the Appalachian Center for Crafts and for the past 25 years has been teaching art classes in a variety of settings in the Nashville area. He is the Assistant Director for Visual Arts at Vanderbilt University where he directs Sarratt Art Studios and the Sarratt Gallery.   http://davidheustess.com/shibori